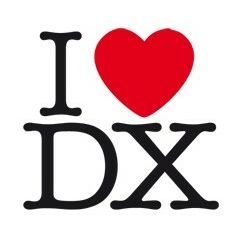 I’ve been playing with radios since I was 15 and a lot of that time has been spent chasing DX. That is my major interest in ham radio. Toward that end, I do a lot of work with antennas and equipment; building, erecting, studying, etc. Nearly 99% of my operating time is spent listening to all the bands for DX. I enjoy just listening to a DX pileup when I have worked them.

I’d like to take this opportunity to share some observations about those pileups. All of these observations are going to be about CW. That is the mode I use 100% of the time, largely because my hearing is shot from way too many loud noises in 1964-1967. I’d use SSB, but I have a hard time making out call signs, etc. I hope this doesn’t upset anyone. My motivation for submitting this article is the 3B7C and D44AC pileups this afternoon.

In the last ten or so years, I have noticed our, Americans, etiquette in DX pileups go from pretty good to horrible. I am having a hard time understanding why. Most of the etiquette slippage is simply not listening to the DX operator. Another contributor is just plain boorishness. I’m not sure if the problem with not following the DX operators instructions is because some just can’t copy the code or if they just don’t give a hoot. And, it is us Americans doing 99% of the bonehead things I hear. Like sending ones call over and over and over while the DX is trying to exchange reports. Or, not observing split instructions even when told over and over by the radio police.

That’s another problem; the ever-present radio police. Their transmissions are many times as much a problem as those who won’t follow instructions. We have all made the mistake of not hitting the split button first, but when you hear UP, check to make sure you are using split. I also hear a lot of stateside operators tune-up on the DX frequency, then move to the QSX frequency. The one thing that really bugs this ‘little pistol’ is the big guns that work DX expeditions over and over on the same band or want to rag chew awhile.

I am not the first to make these observations and I won’t be the last. The problems are not caused by new hams. The calls I hear doing bonehead things are mostly 1X2 or calls I find on QRZ which are ‘old timers’. As Pogo said, ‘We have met the enemy and he is us.’ Is the Honor Roll really that important? Is there something that those doing the above bonehead things have to prove? I truly don’t understand. Maybe some of you who do the things I have mentioned can educate us.

If you are a new ham and interested in DX, my advice to you is to LISTEN. If you are not proficient with CW, spend some time copying W1AW and work some contests. If you do find yourself in a DX pileup with a fast operator and you don’t understand what is going on, listen until you do and don’t transmit until then. And for goodness sake, don’t send ‘?’ over and over on the DX frequency. If you work the DX on a band, don’t come back the next day and get in the pileup to work him again. There are several good books about DX’ing. One is W9KNI’s book, “Complete DX’er.” He shares a lot of tips and techniques that will help you in the pileups. I sincerely hope all of us can try to do a better job working in DX pileups. See you there.