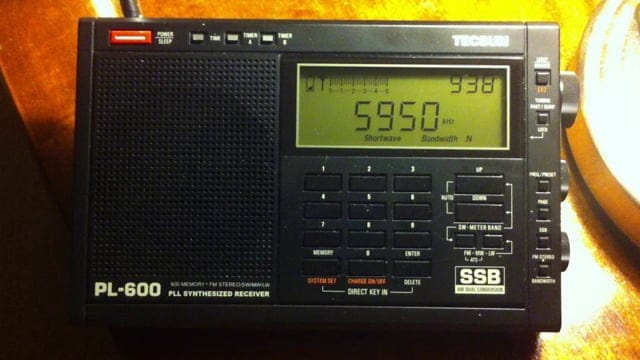 Shortwave radio, also known as high frequency (HF) radio, is considered by some to be the “first internet.” Shortwave (3 – 30MHz) signals travel great distances (especially at night) and can be tuned to listen to broadcasts originating in other countries, earning shortwave radio the nickname of “world band radio.”

Here’s a beginner’s guide to shortwave listening (SWL), including a bit of history, how to use a shortwave radio (HF radio), and where to find information on what’s out there to listen to.

Shortwave radio receivers can pick up other signals that are not considered World Band Radio, like Amateur (Ham radio) operators, maritime signals from ships, aircraft including military, coastal weather stations, news broadcasts, and much, much more.