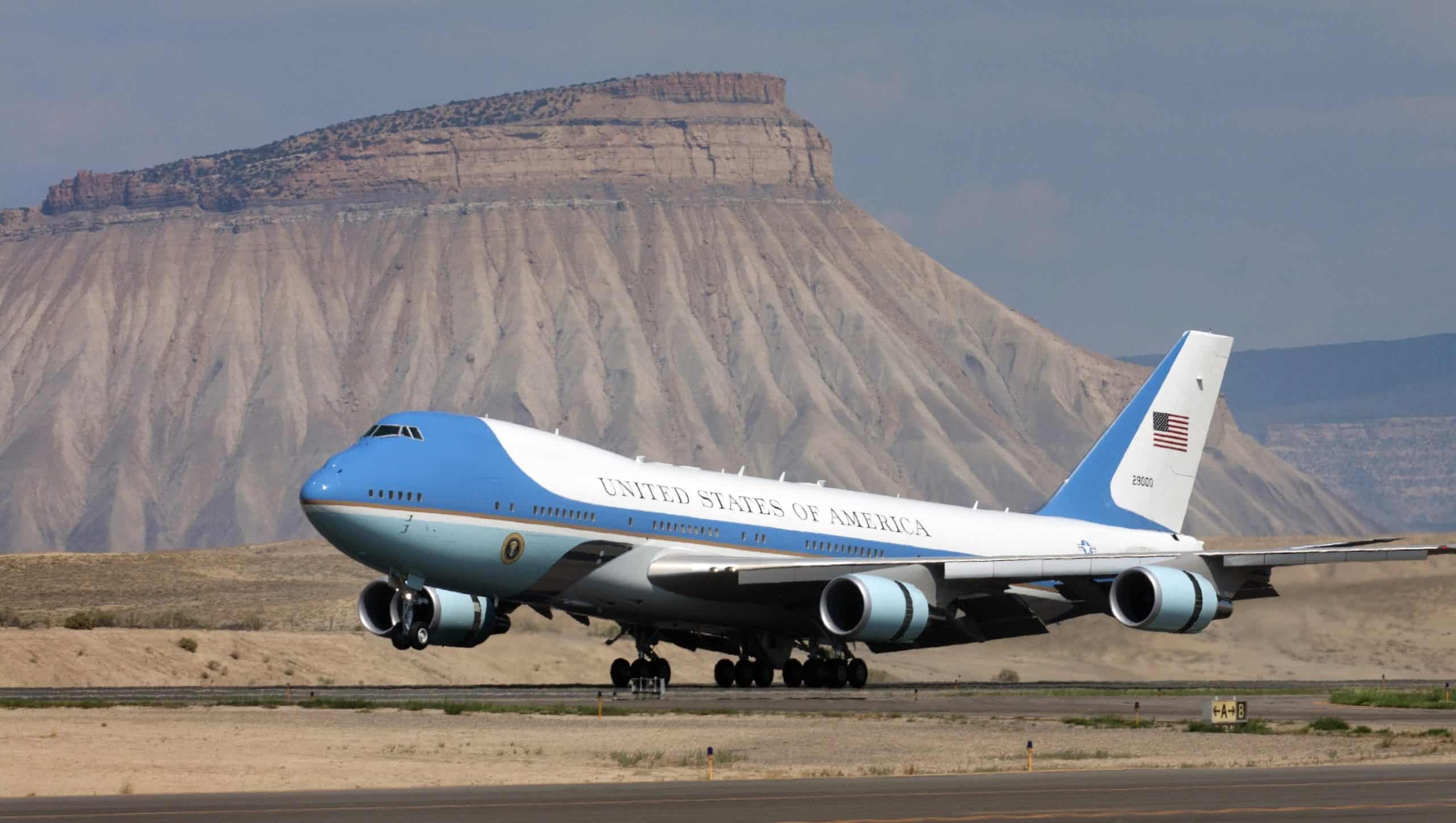 Years ago I recorded seven minutes of radio contacts between Air Force One and Andrews Air Force Base in Maryland. Download and listen to the mp3 here. I forget exactly when this was, but it was in the 1990s for sure. I know this was on SSB on the HF band, probably between 5 and 8 MHz.

Air Force One is the air traffic control call sign of any United States Air Force aircraft carrying the President of the United States. Since 1990, the presidential fleet has consisted of two specifically configured, highly customized Boeing 747-200B series aircraft – tail codes Special Air Mission (SAM) “28000” and SAM “29000” – with Air Force designation “VC-25A”. While these aircraft are referred to as “Air Force One” only while the president is on board, the term is commonly used to describe either of the two aircraft normally used and maintained by the U.S. Air Force solely for the president.