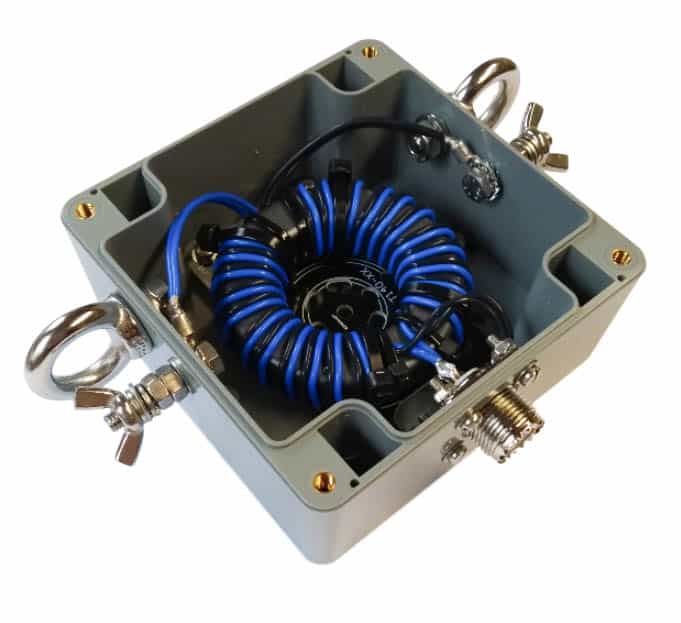 The word balun is a combination of the words BALanced and UNbalanced. As the name hints, it’s a device that connects a balanced system to an unbalanced one. Some examples can be seen here.

Baluns are often used to connect a balanced antenna (like the half-wave dipole) to an unbalanced feedline (like the coax). The balun, among other things, helps prevent current flowing on the outside of the coax. Otherwise, when this current (called common-mode current) appears on the outside of the shield, the feedline behaves as if it were an antenna. There are several reasons why this isn’t what we want to have happened. If the feedline is behaving like an antenna, and it passes near a phone line on the way inside, you will probably interfere with the telephone. Since antennas work both ways, if the feedline comes close to a noisy power line, chances are it’ll pick up the noise and bring it inside to the receiver.

That’s not to say antennas won’t work without a balun. Quite the contrary, but it generally will be true you’ll have fewer problems with noise and interference if you take steps to avoid current on the outside of the feedline.

Some baluns have the ability to transform to a higher or lower impedance. This has to do with the ratio of turns contained in the windings of the balun. You’ll see baluns called 1:1 or 4:1, etc. This is the ratio of impedances the balun is intended to connect. For instance, if one wanted to connect a 450-ohm balanced feedline to a 50-ohm unbalanced line, he would select a 9:1 balun. You will learn later this is a convenient way (for instance) to bring a balanced open wire line from a multi-band antenna into the house, using a short length of coax.

In our case, however, since the center of a half-wave dipole is closer to 50 ohms impedance than it is to most other standard feedlines, and since we are using 50-ohm coax, we need to have a 1:1 balun