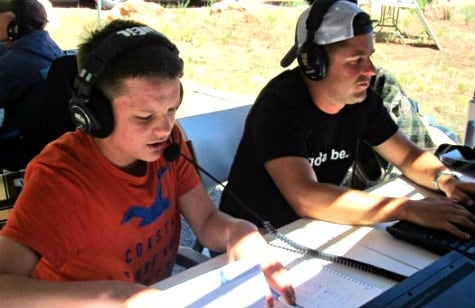 Amateur radio (also called ham radio) is a hobby enjoyed by about 3 million people throughout the world and over 600,000 in the USA alone. It is about communications and multiple ways of communicating through radio waves.

What most people do not know about this hobby and the people that are operators is that they are one of the most used groups as means of emergency communication, when other conventional means of communications fail, in a disaster situation for example.

Local communications are one of the first things to go away in case of a disaster such as hurricanes or tornadoes. Phones and electricity go down and the only thing left is amateur radio operators that can operate from a battery and a piece of wire for an antenna.

These operators have networks set up all over the world that can be immediately activated and used to coordinate disaster relief activities. Recent examples include the 2001 attacks on the World Trade Center when amateurs worked weeks side by side with rescue crews supplying communications.

Amateur operators were also involved this last year in all the hurricanes that we had all over the world. They have been watching and reporting the advance of the storms, setting up nets to pass traffic for rescue groups as well as passing health and welfare traffic to people trying the get in touch with relatives in the stricken area. They carry a message out to someone that says we are ok and we are alive and that is always great.

The National Weather Service might have great radars, but a radar can’t see the storms as human eyes can. Just ask someone that works for the weather service about the role of radio operators and you will get one answer- they are the “eyes” of the National Weather Service. They are on duty any time that there are storms in the area. Any time of day and night these people are watching storms and reporting what they see. Their accurate reports can be used immediately by the weather service and further by the local radio and TV stations that broadcast the reported data to the public.

Amateur radio operators are saving thousands of lives each year, yet this gets almost no recognition. And the kicker is that their service is at no cost to the public. As mentioned before, amateur radio is a personal hobby; this means the operators buy all their own radio equipment.